This long absence from blogging has been brought to you by Busyness! That’s the bad news. The good news is that we actually did it! We cast off our dock lines and sailed away from our slip!

END_OF_DOCUMENT_TOKEN_TO_BE_REPLACED

An Isolation Transformer is an important piece of equipment aboard a steel boat.  It isolates the electrical current coming from the shore power cord.  This prevents an errant current from electrocuting our boat which would otherwise cause galvanic mayhem and possibly death.  No, for real…

END_OF_DOCUMENT_TOKEN_TO_BE_REPLACED

The first few weeks of honest-to-goodness live-aboard life were spent sleeping in the vee-berth on the foam mattress that came with the boat.  It’s good for a night or two but my back was beginning to complain after that third night.  Our fondest (sleep-centric) wish was to clear out the trunk berth in order to put our very expensive and very comfortable memory foam mattress in there. It is by far the most comfortable bed I have slept on and I had missed it every night (basically since packing everything up and moving to The Commune).

First we had to get Narnia under control.  This took a while since, as I have explained before, it had been torn apart, random stuff shoved in, moved around and completely messed up by the Delivery captain.   So the first step to a good night’s sleep was to reorganize Narnia.  It was no small task.  Each thing had to be evaluated to make sure it was acceptable, viable and necessary.  We threw out a lot.

END_OF_DOCUMENT_TOKEN_TO_BE_REPLACED

Four days after we moved aboard I experienced my first storm.  Of course, My Better Half was on a trip so I got to experience the fun all by myself.

It wasn’t my finest hour.

END_OF_DOCUMENT_TOKEN_TO_BE_REPLACED

We were able to take possession of our boat the day after it was delivered.  We dropped off the rental car to the delivery captain and then drove back to Commune 2.0 where we gathered our things, collected HerSpouse, and packed the commune kittehs into the car.  It was pretty tight.  When we left Commune 1.0 we had a full car and, now, we have a whole other person (along with his own things) with us.

END_OF_DOCUMENT_TOKEN_TO_BE_REPLACED 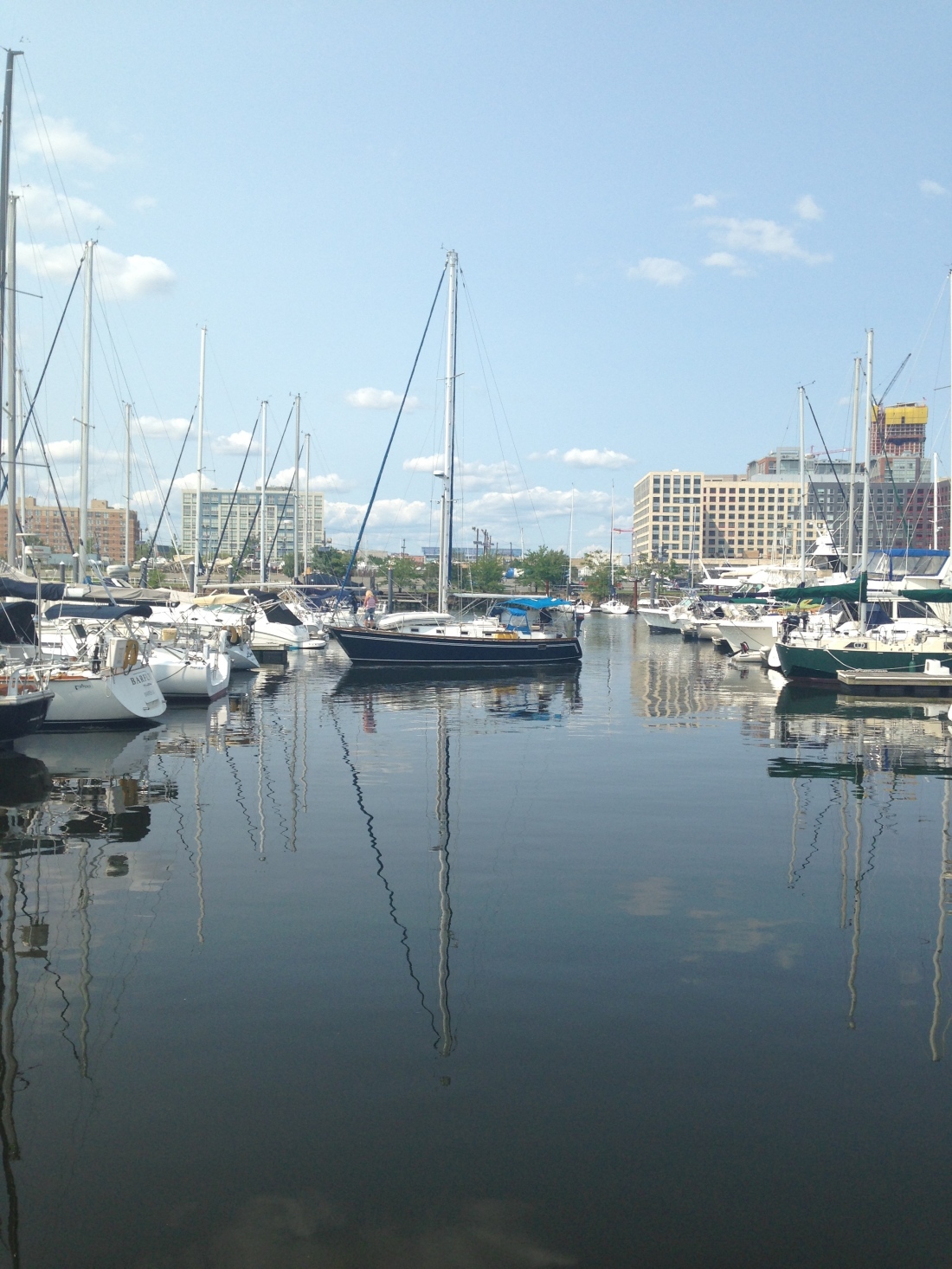 I want to skip over a few things and just move on to the good parts.  I am not going to write in-depth about the delivery captain because he turned out to be a colossal jerk.  If you would like to see a list of my complaints just go to the bottom of this post where I make an attempt, fairly unsuccessfully, to be humorously vitriolic.

If, however, you would like to read about the good and positive bits, just keep reading…

END_OF_DOCUMENT_TOKEN_TO_BE_REPLACED 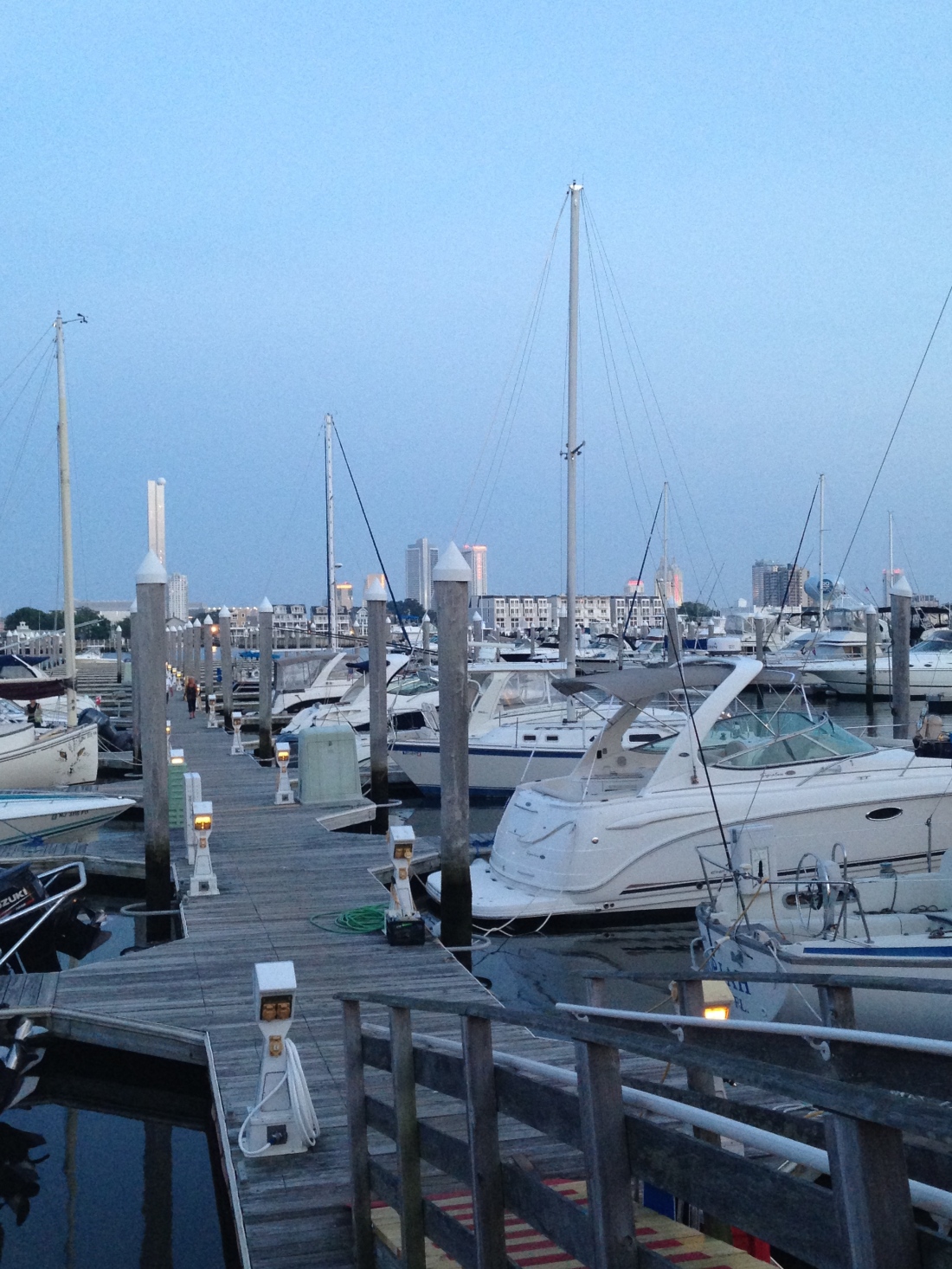 All this time our Delivery Captain and his girlfriend of 5 months were bringing our boat from North Carolina to our slip in New Jersey.

I was antsy but we kept getting beautiful photographs every few days.  He fixed our engine so that it could be run and was traveling up the ICW by sail and by motor.

We have been in Commune 2.0 for a week.  We installed under-counter lights as a thank-you.

END_OF_DOCUMENT_TOKEN_TO_BE_REPLACED

I had once complained about commuting by train into Penn station.  Boy, was I ever mistaken.  If you want to be really miserable just commute by bus!

Over half a million people ride the bus into Manhattan.  Every.  Single.  Day.  No, seriously, I looked it up.

In commune 2.0 I really had the best possible bus scenario.  There was an Express bus stop across the street from the apartment that made 5 or so stops before bee-lining it into Manhattan.  This bus ran every 10 minutes so it was pretty fool-proof.

To recap where we are so far:

It is amazing how many things there are to do before one moves out.  Three days before the Great Disbanding my Better Half and I ran errands, picked up needed items, and helped pack things for storage while AllesGirl crammed items into the 5 suitcases they were taking with them to Berlin. (HerSpouse was on a trip in Cancun Mexico – he is an airline pilot too – and the photos he sent while he was relaxing on the beach were NOT HELPING ANYTHING.)  We had many discussions about what was needed to bring versus what was wanted to bring.  I’ll say that it’s much easier to make decisions when it’s not your stuff.

Two days before The Great Disbanding we packed up our meager (not meager; how are we going to fit all this crap on our boat?) possessions + Kommune Kittehs and moved into Commune 2.0.  The following day we stopped by Commune 1.0 after work and helped pack up AllesGirl and HerSpouse with last minute stuff.  The idea was to load the neatly packed suitcases into the truck, the 4 of us would drive to one final Commune dinner where we would toast our brilliance with witty remarks, and then we would drop them off at their hotel where they would stay one final night before departing the following day, refreshed, relaxed and jubilant in their adventure.  The reality was more like this:

END_OF_DOCUMENT_TOKEN_TO_BE_REPLACED

Things start to turn around.

I was complaining to a friend who I work with that we were soon to be homeless.  We have options but some of them are very far away and some of them cost too much money, blah, blah, blah…  I must have sounded pretty pathetic because she hopped on her phone and sent a text to one of her friends asking if we could use her apartment.  I was immediately chagrined.  I shouldn’t ask people for help; it is a bother and a nuisance.

Lesson #1: ask for help when needed.